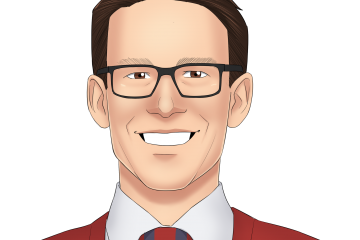 So I have been learning about this publishing process as I go along.  No, it’s not easy, and yes, I’ve gotten quite a bit wrong along the way.  A few of my writer friends start with a prequel that lets you whet your whistle and take the characters out for a spin so that, when the first book in a series comes out, you already know the characters a bit.  And some will actually go through and create images of their characters for you to see.

Well for me, I’ve gotten most of this wrong.  Or rather, done it out of sequence.  The first book is out, the second book is due to be published in mere days, and I’m working on the third book.  After that, I’ll work on the prequel.  Sure, it won’t do you, current reader, any good.  But it’ll be easier to bring people into the fold with a prequel.

But the thing that I’ve gotten somewhat right is character images.  If you haven’t read either book yet, or even if you have, I invite you to head over to the Migration series character pages to meet the top five characters.  Link: https://www.walterwrites.com/migration-series-characters/

Oh man… So when I wrote ‘Migration: Beginnings’, all I had was the whiteboard (which I told you about in the first Vlog that I produced), and my notes that I typed up and kept in a Microsoft Word document. And that’s all I really needed. Why? Because it was so fresh in my head, that I never doubted a thing.

And then I finished the book, read quite a lot, and have written other stuff since then that’s not related to Migration. So when I went to write out something about Rhys, the lead character from Migration, I suddenly had to know what college he went to – where he got his undergrad work, and where he got his PhD. (Turns out that it was Boston College for the undergrad, and University of California, Berkeley for his PhD – if you were curious). I used to know these items in great detail, even though they weren’t a part of the book. It was still something that was in my head.

That’s why you should always start a book with not only an outline, but a character biography. Just a single page that tells you everything you need to know about the person. And I’ve started doing them now, in anticipation of continuing the sequel to Migration: Beginnings. Like for instance, Jason is the middle child of three, was voted his high school’s class clown, and went to the University of Washingon. Whereas Captain Clarice Franks is bisexual, was born in Germany but on a US Military base, and has wanted to fly ever since her father took her up in his private plane when she was barely out of diapers.