Man, I ramble a lot!

So if you’re interested in getting Migration: Beginnings on a non-Kindle platform, then you should take a look at Smashwords.  And as an incentive, you can use coupon code YP66G at checkout to take 25% off.  Good only at Smashwords, and expires on March 31st – so head over there now!

Link to the book on Smashwords: https://www.smashwords.com/books/view/704954

So many people like and use the Kindle format, either on a Kindle reader itself or within the Kindle app.  I tend to read that way, because it can keep track of your progress in a book, sync with Goodreads, among other things.  But the thing for me is, it doesn’t sync between devices – at least not for books that you don’t get from Amazon.  And if you take part in ARC (advance reading copies) programs or downloads from Instafreebies or the like, then that book stays on the device you downloaded it to and doesn’t get shared with your other devices.

Which is why I’m happy to announce that Migration: Beginnings is now available on not just Kindle, but iBooks, Smashwords, Barnes & Noble, and even libraries starting Tuesday, March 7th!  The book is live in many of these bookstores, but get delivered to Kobo and libraries starting tomorrow.  And as a special for libraries, I’ve made the books free.  So if you’re interested in reading from your local library (many of which take advantage of the Overdrive reading app), you should be able to download a copy and read it from your libraries starting soon.

Oh man… So when I wrote ‘Migration: Beginnings’, all I had was the whiteboard (which I told you about in the first Vlog that I produced), and my notes that I typed up and kept in a Microsoft Word document. And that’s all I really needed. Why? Because it was so fresh in my head, that I never doubted a thing.

And then I finished the book, read quite a lot, and have written other stuff since then that’s not related to Migration. So when I went to write out something about Rhys, the lead character from Migration, I suddenly had to know what college he went to – where he got his undergrad work, and where he got his PhD. (Turns out that it was Boston College for the undergrad, and University of California, Berkeley for his PhD – if you were curious). I used to know these items in great detail, even though they weren’t a part of the book. It was still something that was in my head.

That’s why you should always start a book with not only an outline, but a character biography. Just a single page that tells you everything you need to know about the person. And I’ve started doing them now, in anticipation of continuing the sequel to Migration: Beginnings. Like for instance, Jason is the middle child of three, was voted his high school’s class clown, and went to the University of Washingon. Whereas Captain Clarice Franks is bisexual, was born in Germany but on a US Military base, and has wanted to fly ever since her father took her up in his private plane when she was barely out of diapers.

I thought I’d do a little video log as a way of introducing myself. Questions? Ask away!

I belong to a few writing communities, one of which is called “Get Your Words Out,” that is hosted on Livejournal.  I’ve pledged to write at least 150,000 words this year, which includes finishing the second book in the Migration series, as well as a short novella that is set before the series begins, just to get people acquainted with Rhys and Jason.

One of the prompts in the community is a picture prompt of two women who are sitting on a windowsill (you can see the picture here), and honestly it didn’t speak to me at all.  I’m usually very good with writing for random prompts.  However, I was stumped.

And then as I sat down this morning, the scene painted itself clearly to me.  Though the image is of two women, the story of Rhys and Jason from Migration: Beginnings and how they are vacationing in Europe, and happen upon the two women sitting in the window.

I call the story, “An Italian Afternoon”, and you can read it here:

END_OF_DOCUMENT_TOKEN_TO_BE_REPLACED

There’s something to be said about writing, in that it’s not something you can just automatically sit down and do.  Okay, so there are some people that can do it, but not everyone.  If it’s your sole job, and sole source of income, then yes – maybe you can absolutely do that.  But for the rest of us, it’s quite a different process.  I’ve been thinking since my last post about what gets me to write – what inspires me.  And a lot of the times besides reading, it’s movies that really get my imagination going.

Being named Walter, a favorite movie growing up was Danny Kay’s ‘The Secret Life of Walter Mitty‘ from 1947.  It was something I could watch as a kid, and enjoy a laugh.  Danny Kay always captured the viewer’s imagination, so this role endeared him to many, myself included.

I was quite wary when I heard they were going to remake the movie, because typically remakes are soulless, corporate cookie-cutter patterns for maximizing profit.  Many in the entertainment community have strayed away from the thought of entertainment and stayed in the realm of maximizing profit.  That’s why there may be good movies here and there, but not behind every curtain.  A movie is supposed to capture your imagination.  Inspire you.  Make you look at the world differently.  But today, many movies are the exact opposite; just a 120-minute diversion from the mundanity of life.

That’s what made Ben Stiller’s ‘The Secret Life of Walter Mitty’ so very, very different.  You saw Stiller’s portrayal of Mitty as someone like yourself (or at least I did), sitting in a sterile environment, wanting something, but never taking a chance.  I won’t give away the movie (though it’s been out nearly four years; if you haven’t seen it, you should!), but I want to say the setting of Life Magazine was perfect.  Walter Mitty worked at Life, but he wasn’t experiencing life – until he finally took the chance.

For me, the quote that originally came from Thurber’s short story and then adapted for the movie is the epitome of what it is to be alive – what it is to not just live life but to experience it.

To see the world, things dangerous to come to, to see behind walls, draw closer, to find each other, and to feel. That is the purpose of life.

Trying to put this post into words, I actually decided on describing two scenes from the book.  We all know that America is going through a trying time right now, with anti-LGBT legislation coming down the pike, and some in government beating the drums of war.  It’s downright scary.

Thinking about it, right now I would say that I feel more like Rhys and Jason on their honeymoon as they watched the newscaster talk about the bombs going off in Europe.  That sinking, helpless feeling that creeps into your soul and leaves you feeling desolate.

But I want to get back to a happy place, like Rhys and Jason at the end of the book when they’re laughing and getting drenched in the rainfall from a foreign planet.  I desperately want to get back there, and I know I will.  It just may take a little time.

Originally posted over on my Goodreads author page at this link.

But what I learned while writing Migration: Beginnings was that you need to do research – just as much if not more – on what you’re writing. Migration: Beginnings takes place primarily in Portland, Oregon. Now I live outside of Portland, so it’s easy to keep the landmarks in my head. For instance, the drive from the airport down I205, is quite clear to me, and the mall that they pass along the highway is the closest mall to my home.

But the book sees Rhys and Jason trotting across the globe, from a mundane trip to Sacramento, to Japan, Nepal, and Zimbabwe. While I made up the story that Jason’s grandpa tells him, the “so high up, that it almost touches the sky” and “hidden behind a wall of water”, the basic geography of Nepal and Zimbabwe actually exist. I had to do research on how to get there, closest airports, and the like, because I wanted it to be realistic.

So there you go. Research is the same no matter if you’re writing a book about travel, or a book about a couple that runs around the globe figuring out clues, that leads them to another planet.

I was talking to my friend Sarah Madison (if you aren’t reading her, you should be!  Click the link for her homepage!) about a few items, and the subject of the book cover came up.  If you’ve seen the book cover, you know that it’s pretty much a bunch of shade of greys.  Thing is, it works – or at least I think it does.  But what about you?

Sarah mentioned a “splash of color” might be needed.  So with that in mind, my friend Alice put together the cover, but with a gentle splash of color, and I think it actually does make a difference.  But what about you?  What do you think?

Here’s the original and the new; let me know what you think! 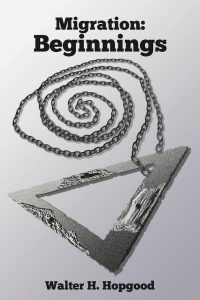 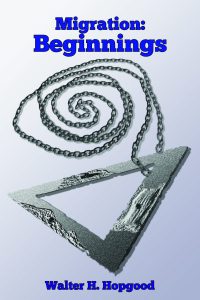